Shark ION Robot Vacuums are convenient as they are autonomous and automatic. You switch the vacuum on with the correct settings, and it cleans your house thoroughly.

Understandably, it can be pretty frustrating when the robot vacuum stops working. But surprisingly enough, the causes and troubleshooting are very simple.

One of the most common reasons for a shark vacuum robot to stop working is a low battery. Other causes may include obstacles or uneven surfacing, and problems with the brush roller.

In more rare cases there may be faults with the internal components. The motor or the battery may break down unexpectedly which may explain the malfunction.

We urge you to keep on reading, as we detail the causes of problems, the solutions and answer some commonly asked queries.

Reasons And Troubleshooting Of Why Does My Shark Robot Keep Stopping

The brush roll is responsible for picking the debris and dirt up from the floor and vacuuming it off. Oftentimes when it does clean stuff out, strands of hair, or fabric can wove around the brush roll over time.

This means the strands of dirt can entangle themselves around the bearings that rotate the roll. And as a result, the brush can get jammed and the robot would stop cleaning.

To fix this, you need to clean the roll manually. The brush roll is removable. Open your shark vacuum robot and remove the brush motor and gear. Use a pair of scissors to carefully clip off the entangled strands of dirt on the roll.

Be very careful during this process, as the brush roll bristles themselves must not be damaged. Pay extra care to the bearing part of the roll while cutting off stuck-up strands of hair, fur, or fabric.

After you are done with the cleaning, apply a bit of lubricant. The added lubrication would help the brush roll to roll over more smoothly and clean better.

Another issue concerning the brush roll may be that it has worn out. This is especially true if your vacuum robot has been servicing you over a long period of time.

In that case, you have no option but to replace the brush roll itself.

This one is quite obvious. You turn on the robot, and after a few minutes of movement, it abruptly stops. It is very likely that it is low on power.

And the solution is obvious: dock it in its charging port and let it charge for several hours.

But many users on the internet do complain that the robot keeps on beeping while charging. The robot would beep once it has been docked. Beeping several times is an indication that the battery is discharging as soon as it is being powered up.

But do make sure that it has been docked properly, before considering that assumption.

And if the battery has actually become damaged, it is better if you get help from a technician to replace it.

Now it is possible that both the brush roll and the battery are perfectly functional but your robot would refuse service. Aside from the unlikely event that it has gained consciousness and refuses to work, the reason could be its ability to not move.

Small objects, children’s toys, or any small to medium obstruction may get under the wheels. This can hence prevent the robot from carrying on its work.

To resolve this issue, pick up the robot and clear off any obstacles in front of it. And then let the robot on the floor.

This should fix it. Uneven surfacing can also be a cause of obstruction. The robot may not be able to get over a slight elevation and get stuck. Simply move the robot to another surface or elevate it on the uneven floor.

Sometimes it is also possible that the motor of your vacuum cleaner has become damaged. To verify this, open up the robot. See the vacuum area and look out for anything unusual. Perhaps some loose wire connections may have caused the problem.

Dirt inside the vacuum robot may also hinder the operation of the motor. But it is also quite likely that after cleaning up the insides, fixing the connections and doing everything we discussed so far, the result is null.

In that case it is safe to assume the internal components have given in or the motor has gone damaged.

We would recommend you get help from a trained technician to resolve this issue. If it is a problem with the motor itself then we are afraid you have nothing to do except get a replacement.

How do I reset my shark robot?

Before you do consider resetting the robot, note that it would wipe off any setting you had made. This also includes wi-fi connectivity and mapping around the house, as the factory reset completely cleans off the robot memory.

You can use the mobile app to reset the robot, as officially recommended. Or there is a manual option too. Flip over your robot and press the ON/OFF button for 10 seconds.

This would trigger a factory reset process. Leave it and then turn it on after a few seconds.

Why does my shark robot keep beeping?

Sometimes the robot itself may send out an audio message or a text on its display to indicate the problem. Observe those messages.

Also, be sure to clear off any obstacles in front of the robot. And in case of a faulty battery, get it replaced.

Shark robot vacuums are well-reputed in the market for their performance and technology. It also provides the convenience of not having to manually hover around a vacuum cleaner all over the house.

We do understand how irritating it can be when the robot does not work properly. In this article, we have seen the potential reasons for the robot to not work.

And we have also gone over the solutions in detail. We hope that this article has helped you fix your problem regarding why does my shark robot keep stopping. 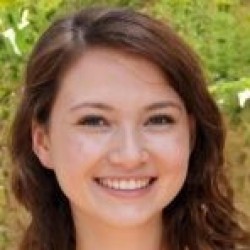